The Breton striped shirt, stripes are in.

When, on 27th March 1858, the official decree listed the new clothing for the French Navy, it described in detail the “common service blue knit” that sailors and quarter-masters should wear under their uniform jacket. The width of the stripes, their number on the sleeves, the size of the neckline, everything is referenced with standard military rigour.
But those who designed this striped knit, which aimed to help locate a man who had fallen overboard or was engaged in dangerous manoeuvres, never imagined the surprising destiny of those nautical stripes when fashion took them to chic seaside resorts, from Cannes to Deauville. 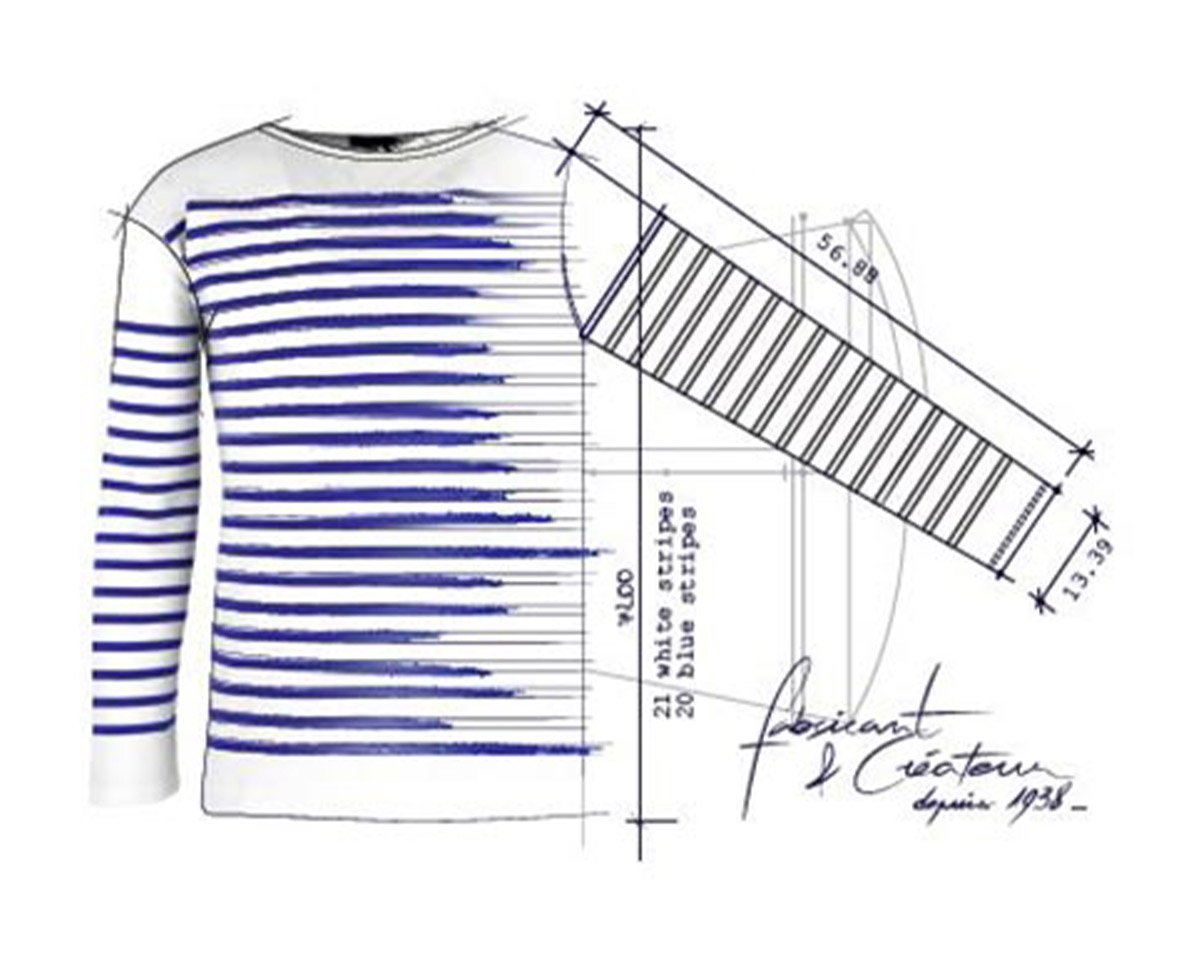 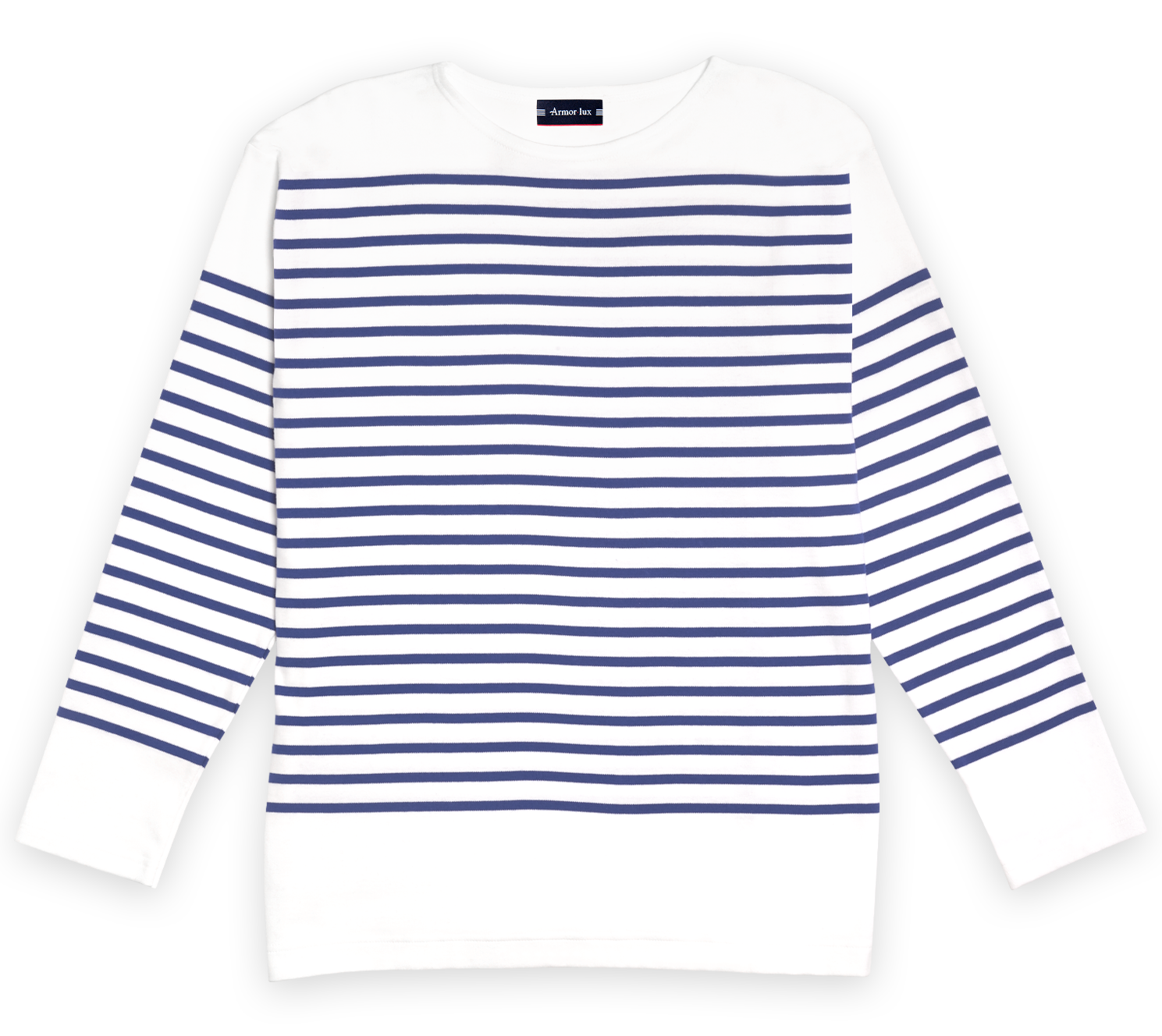 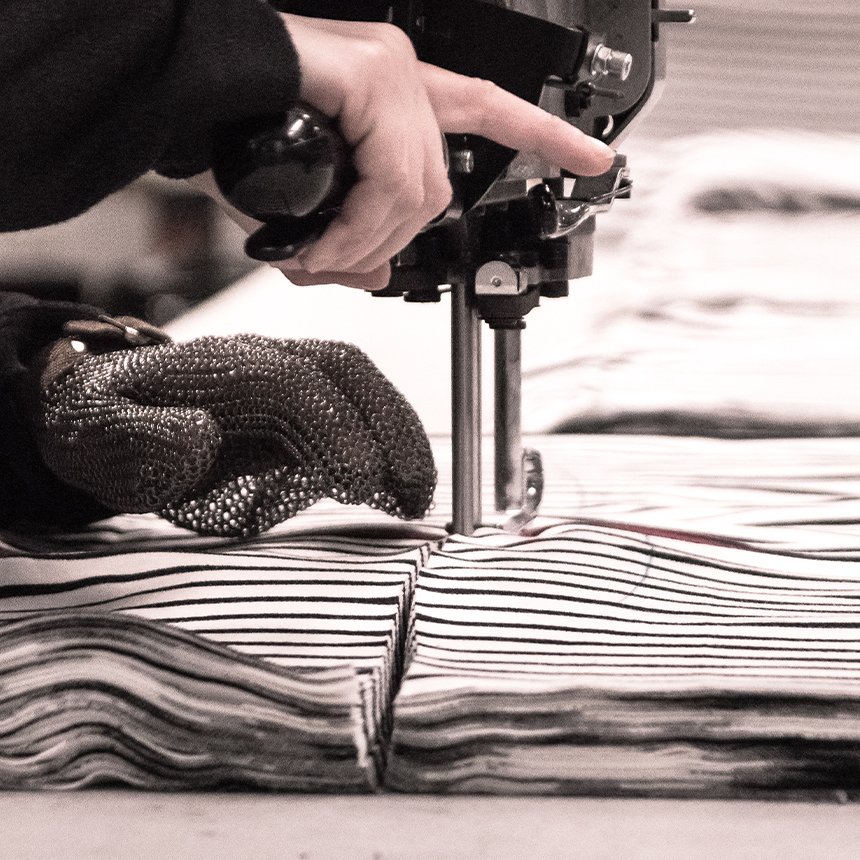 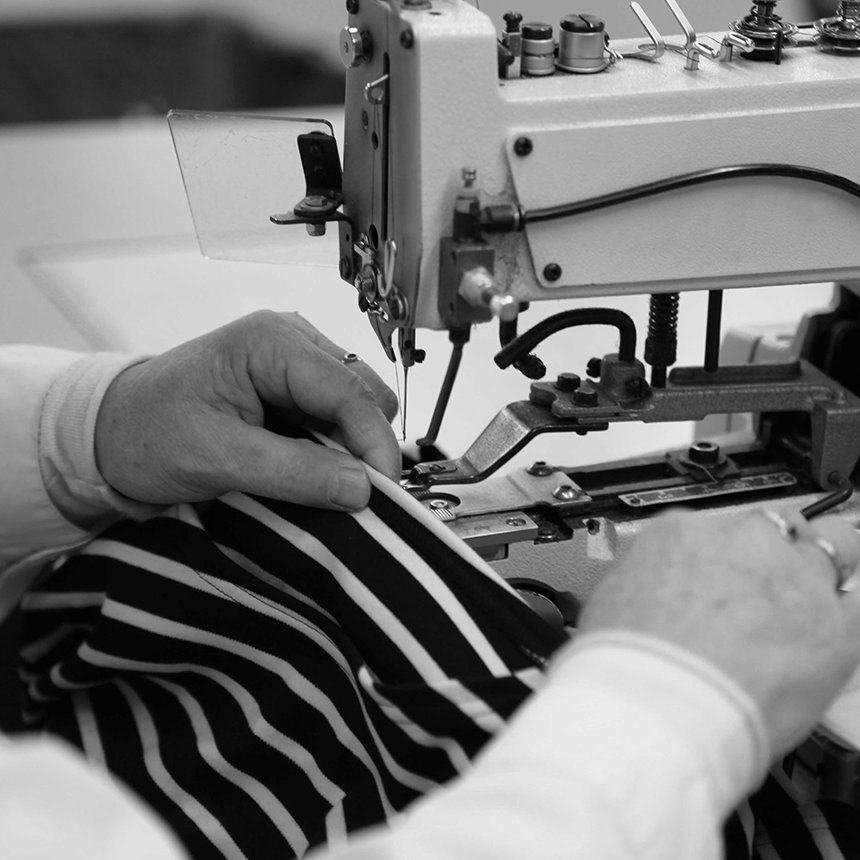 The material for your Breton striped shirt is knitted in our ancestral factory in Quimper, in the Finistère region. Our factory has 90 knitting machines, so we can produce our main types of striped knitwear in large quantities. The machine features 72 bobbins (50 bobbins for the base colour and 22 bobbins for the stripe) for the knitting process. A spool weighs 2 kilos and contains 112 km of wire. 20 to 25 kms of thread are used to knit your Breton striped shirt.
The material is then washed for 2 to 3 hours. This step removes all impurities from the cotton to ensure maximum softness when you wear it.

The knitted rolls are then sent to our second production site, also located in Quimper. 3 different cuts are made for the Breton striped shirt: the body, the right sleeve and the left sleeve. The knitted fabrics are layered in quantities of 30 to form what is called quilting. Our striped fabrics are only cut by hand with electric scissors to ensure the stripes to match the seams.
Our cuts are specially designed in our research department to fit the whole family, at any age, from 3 months to adult 4XL.

The different parts that make up the Breton striped shirt are collected and passed on to be sewn. This workshop houses 140 machines: sewing machines (to assemble the pieces, make collars, slits etc.), hemming machines (to sew hems) and overlockers (for shaving, stitching and overlocking the knitted fabric in a single movement with the integral cutter). A tracking card accompanies each article to ensure quality control during assembly.

For the whole family

The Breton striped shirt is Armor-Lux's flagship product, and as it seems the love for stripes is here to stay, we now offer a wide range of clothing in this style. Men's, women's, children's, a host of styles that are always authentic. And of course, and more importantly striped... 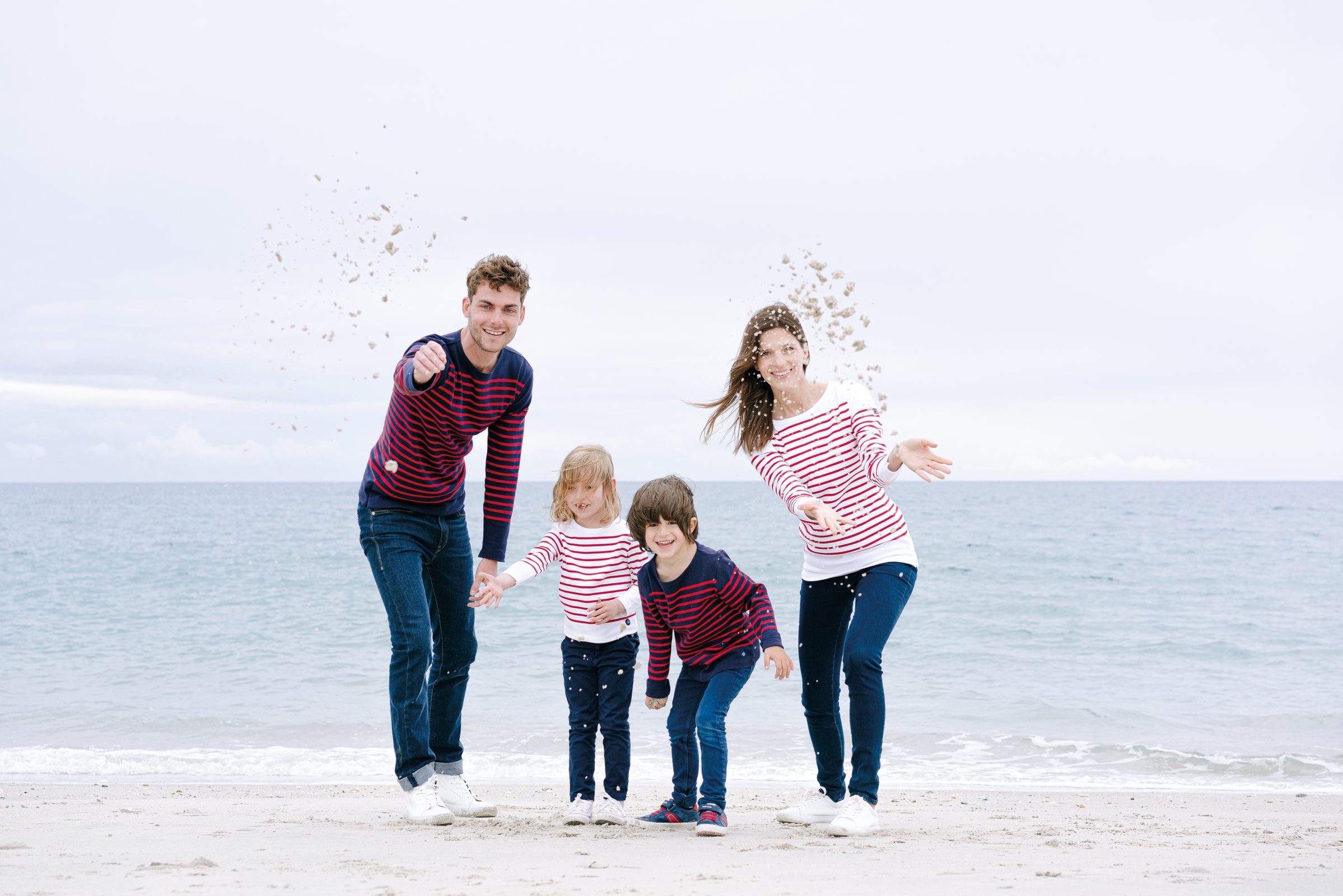 If you're looking for a Breton striped shirt that's truly unique, take a look at our virtual workshop where you can choose your pattern, knit, stitch and a signature on the collar. Your Breton striped shirt will be knitted, sewn and embroidered for you, in our workshop in Quimper, Brittany.
Start my design 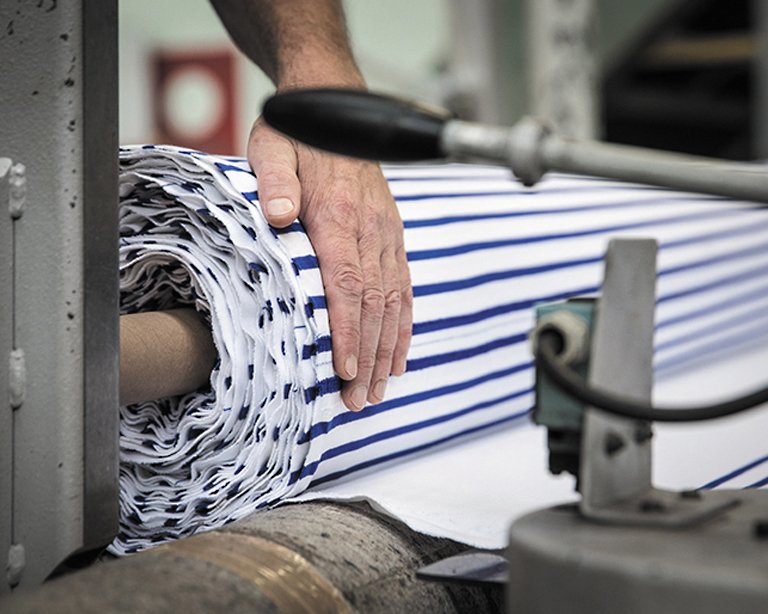